When people talk about minivans in Bemidji, it’s a good chance that they’re talking about the Dodge Grand Caravan. After all, the model has become eponymous with minivans, like Kleenex has done with tissues and Jacuzzi has done with hot tubs. Here at our Bemidji Dodge dealership, the Dodge Grand Caravan is one of the most asked about vehicles, as it has been a fixture in Minnesota driveways since its introduction to the market in 1983.

Now, Dodge is not a company content to rest on its laurels and release the same minivan year after year, and thus, the new 2015 Dodge Grand Caravan contains a variety of improvements. First off, out of the two minivans at our dealership, the Dodge Grand Caravan is the more affordable option, but that doesn’t mean that even the base model skimps on features. The American Value Package trim of the 2015 Dodge Grand Caravan comes standard with power mirrors, locks, and front windows, air conditioning, cruise control, and keyless entry.

Families looking for a minivan will be thrilled to hear that the famous Stow ‘n Go seats make a return for the 2015 model year. If you need more space for storage, you can fold the second-row seats into the floor at the push of a lever. Even the third row of seats can be folded back, if you so incline. People looking for in-car entertainment options will also be happy with the 2015 Dodge Grand Caravan SXT. International Falls and Bemidji residents are treated to an optional second-row DVD entertainment system, Bluetooth compatibility, the available 3G USB dongle that transforms the vehicle into a Wi-Fi hotspot, and an HDMI input. 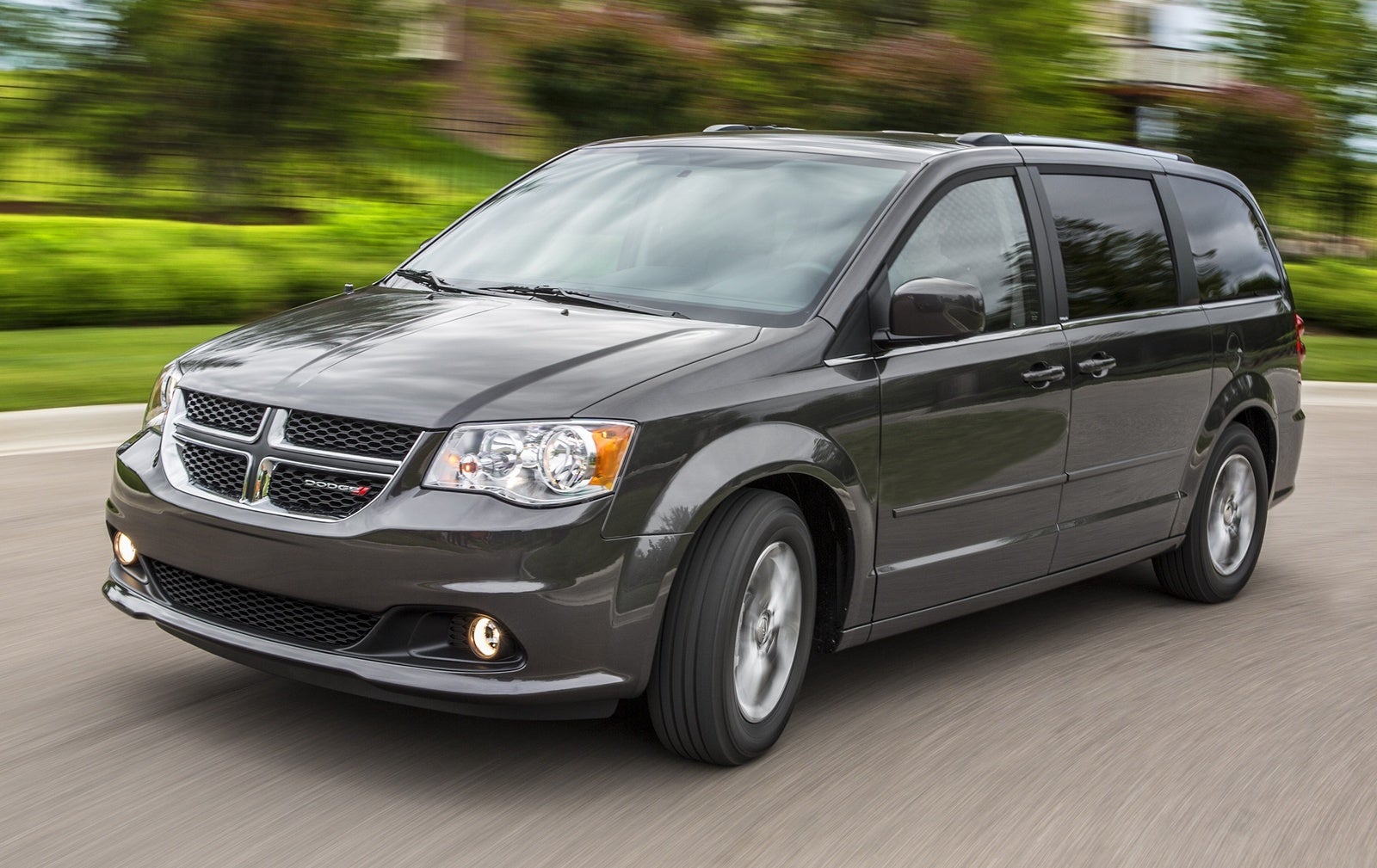 2015 Chrysler Town & Country Updated for a New Generation of Drivers