When it comes to family friendly vehicles, the 2014 Dodge Grand Caravan is often the first vehicle that Bemidji drivers think of. The timeless minivan is now in its 2014 model year, and it’s looking and driving better than ever. Here at Bemidji Chrysler Center, we actually have both the two minivans produced by Chrysler group – the Grand Caravan and the 2014 Chrysler Town & Country – but out of those two great minivans, we’re going to discuss the Grand Caravan today.

The first thing that Bemidji drivers are sure to notice about the Dodge Grand Caravan is its attractive and functional exterior. When they buy a new 2014 Dodge Grand Caravan, International Falls and Bemidji drivers get their pick of four different trims – the base American Value Package, SE, SXT, and R/T. Even the American Value Package, which is one of the best bangs for your buck at our dealership, is loaded with features like 16-inch steel wheels, heated mirrors, power accessories, and dual-zone air conditioning.

One of our favorite features of the 2014 Dodge Grand Caravan is the Stow ‘n Go seats, which provide a ton of storage and people space. Unlike minivans that require you to remove the entire row of seats from the vehicle, the second-row Stow ‘n Go seats can be flipped into the floor at the pull of a lever. If you need even more space, you can also fold the third-row seats backwards into a deep cargo well.

In terms of entertainment features, the 2014 Dodge Grand Caravan is stacked. Passengers are sure to enjoy the nine-inch second-row display screen, and HDMI input, while the SXT has an option of being outfitted with a Dual DVD Blu-Ray entertainment package. 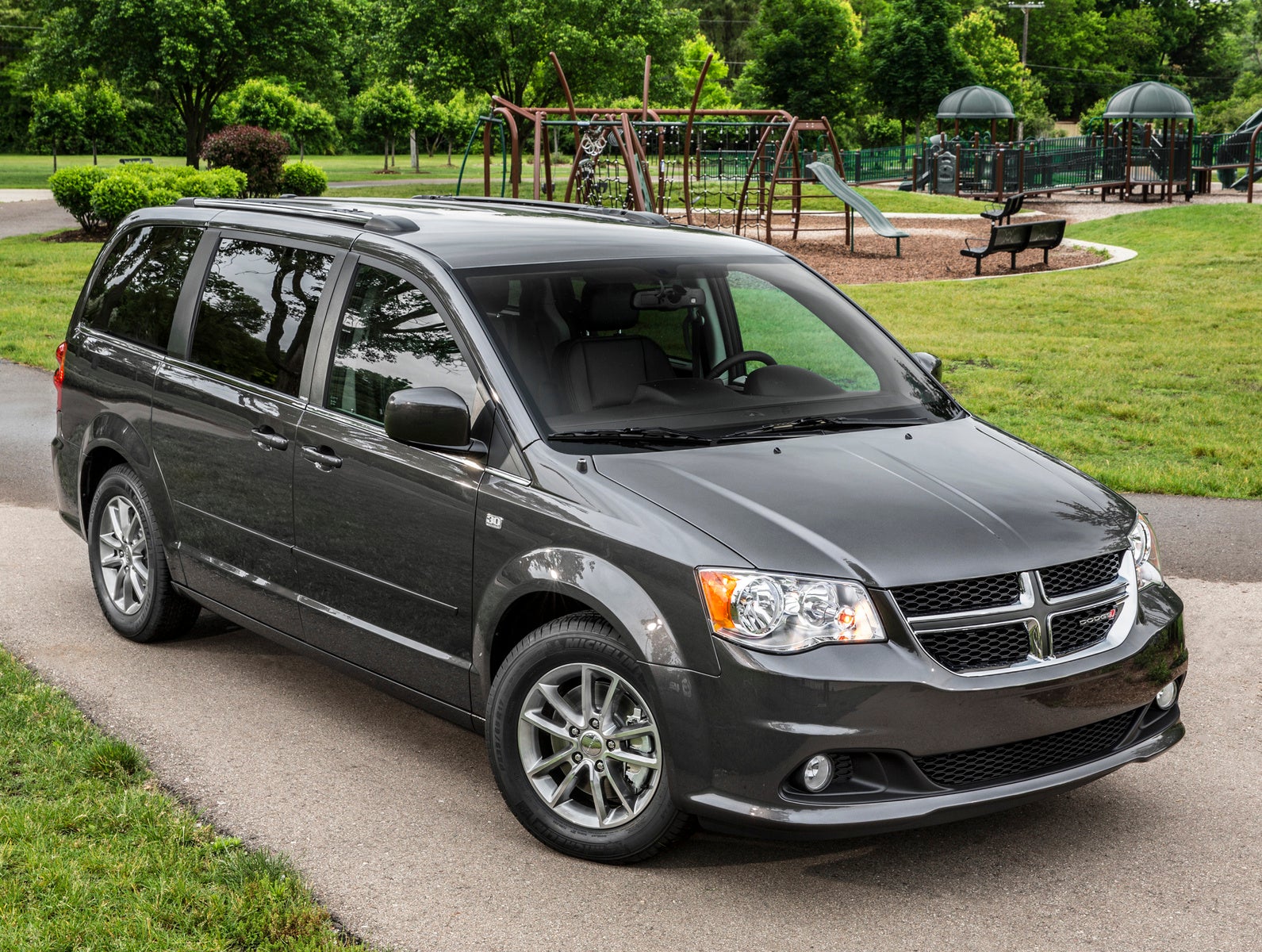